It was a great boost to my confidence to have a review of A Wake of Crows by Natasha Cooper in the ‘Literary Review’: ‘Well written and without any flashiness, this believable police procedural deals with guilt, vengeance, love, a serial killer with a God complex and redemption. It is quiet, effective and moving.’

And also to be interviewed on BBC Radio York by Bek Homer:

All in time for the paperback edition to be released on the 7th of April.

Meanwhile, I am working on novel three, currently titled The Shark’s Mouth. As I was completing the second half of this particular draft, it felt like, having built up the plot like a Jenga tower of clues, I was having to very carefully take it down piece by piece. If I did this too quickly, the tower would collapse into a pile of incredulity.

For weeks I have felt as if I am living inside my novel and the reality is the fiction. Which, to be honest, is easy, given the madness which has overtaken the world.

In all my novels I want to create a strong sense of place. Here are some thoughts on how I do it.

I always strive towards a balance between stark description and more complex imagery.

What tips do you have for writing descriptive passages?

The other week I received an email from Constable/Little Brown, who are publishing my series of crime novels based in Scarborough. The first one, A Wake of Crows, is due out on the 3rd of June this year. A Wake of Crows by Kate Evans | Hachette UK (littlebrown.co.uk) The email was to tell me that my novel will also be available as an audiobook. I am giddy with excitement.

With the email came extracts of my novel being read by two actors, so I could give my opinion. I have to say, it was unnerving to hear my words – so long only in my head – being spoken by someone else. Some of the characters sounded exactly as I had imagined them, others not so much. It was a bizarre experience.

Having my characters given ‘voice’ by someone else, brought me to thinking about writing dialogue.

In recent times, I have noticed a penchant amongst writers for direct speech in novels. Being a bit of a fan of indirect (or reported) speech in stories, I thought I might test the waters. In a completely unscientific poll on Facebook, I asked what other writers/readers thought. The overwhelming majority who responded said direct speech is the best. The main reasons given were it helps build the character voice and it gives pace.

The problem is, I still find pages and pages of direct speech dull. I think it actually slows down the pace because of this. Therefore, my first nugget of advice is get to love writing a mix of direct and indirect speech. Reported speech can still capture a character’s syntax and dropping in a phrase or two of direct speech can really focus the reader’s mind in on what is crucial. Useful in a crime novel, where the rule is ‘clues in plain sight’.

All writers should have big ears. Listen, listen, listen. Have a notebook at the ready to capture how people around you speak. Not only the words they use, but the rhythm and the pauses. Characters who come from a particular place and/or background, how would they speak? Research using the internet, if you can’t find a real person to ask. Don’t go for the cliché, but try and find the little something which distinguishes their turn of phrase.

When writing a dialogue, dive straight into it. In drafts, you may have to write about how the characters get together, about their initial small talk, but in later drafts, ask yourself, do I need all this? Edit, edit until you get to the bones of what the two people have to say to each other.

In real life, conversation has lots of purposes, one is to build relationships and help us to feel that we belong. This is why much of what we say is relatively superfluous to the action of our lives. In a novel, dialogue is a driver – for character building, for tension, for plot. If it’s not serving this function, then cut it or summarise it. Yes, when characters are getting to know each other, they may talk about all sorts of things, but the reader doesn’t need to know the detail.

We rarely speak in sentences. Dialogue should reflect this. The more taut the situation, the more jagged the dialogue. Short, unfinished phrases. Jumping from one speaker to the other. And don’t forget that body language forms part of human communication. It needs to be in the ‘dialogue’ too.

These are some of my thoughts. Here are some more:

I have to admit, hearing my characters on the extracts sent through for the audiobook, did make me wish I had followed the ‘rule’: speak you dialogue (or your writing in general) out loud). I will be doing more of that in the future.

When I was teaching creative writing for Hull University’s BA degree, I would suggest visualising plots as a washing line to hang scenes on. This might work for some. However, several years later on and into my second novel for Constable/Little Brown, I am revising my ideas.

With my hysterectomy in 2019, and the restrictions of lockdown since March 2020, jigsaw puzzles have come back into my life. I have discovered my husband hates doing them, and I have a knack for them. I am able to see the shape and content of a piece and how it fits into the whole, in a way that he can’t. Only goes to show, all our brains work differently.

Every jigsaw puzzle-ist has their own method. Mine is to do the outside edge first. Then I choose something substantial in the picture and pick out the pieces which appear to belong there. I put them together and work outwards.

As I was doing this one day, it occurred to me that creating a plot has parallels. Rather than working linearly, I create the borders for the story, then I focus on the important incidents, before working out how they link. This concept is helping me wrangle my current plot into some sort of shape, so I thought I would share it, in case it is useful to others.

Just as I was happily working this blog post into being, my dear friend, Jane Poulton, artist and writer Home (janepoulton.co.uk) sent me an email. She knows I enjoy doing collage, she also knew I was wrestling with the plot of my novel. She recommended a free workshop on collage and then said, ‘Writing is a bit like collage, isn’t it? A moveable feast until things fall into place and the whole feels settled, complete and “just right”.’

I realised this is an even more valuable insight than my one about jigsaw puzzles. Jigsaws have only one way in which they can fit together, they have the image on the lid which must be copied. A collage, however, has the same idea of pieces coming together – some large, some small, some (apparently) insignificant – into a whole which is likely to be only moderately pre-destined.

We all find our own ways of writing and thinking about our writing. We will be challenged by some aspects more than others. Sometimes the guidance of others can be supportive. Maybe, if you are finding plotting a trial, these musings on jigsaw puzzles and collages might begin an opening up. Go for what feels like the most substantial aspect and worry about the rest later. With perseverance and a fair wind, we end with the sense of ‘just right’-ness Jane envisages. 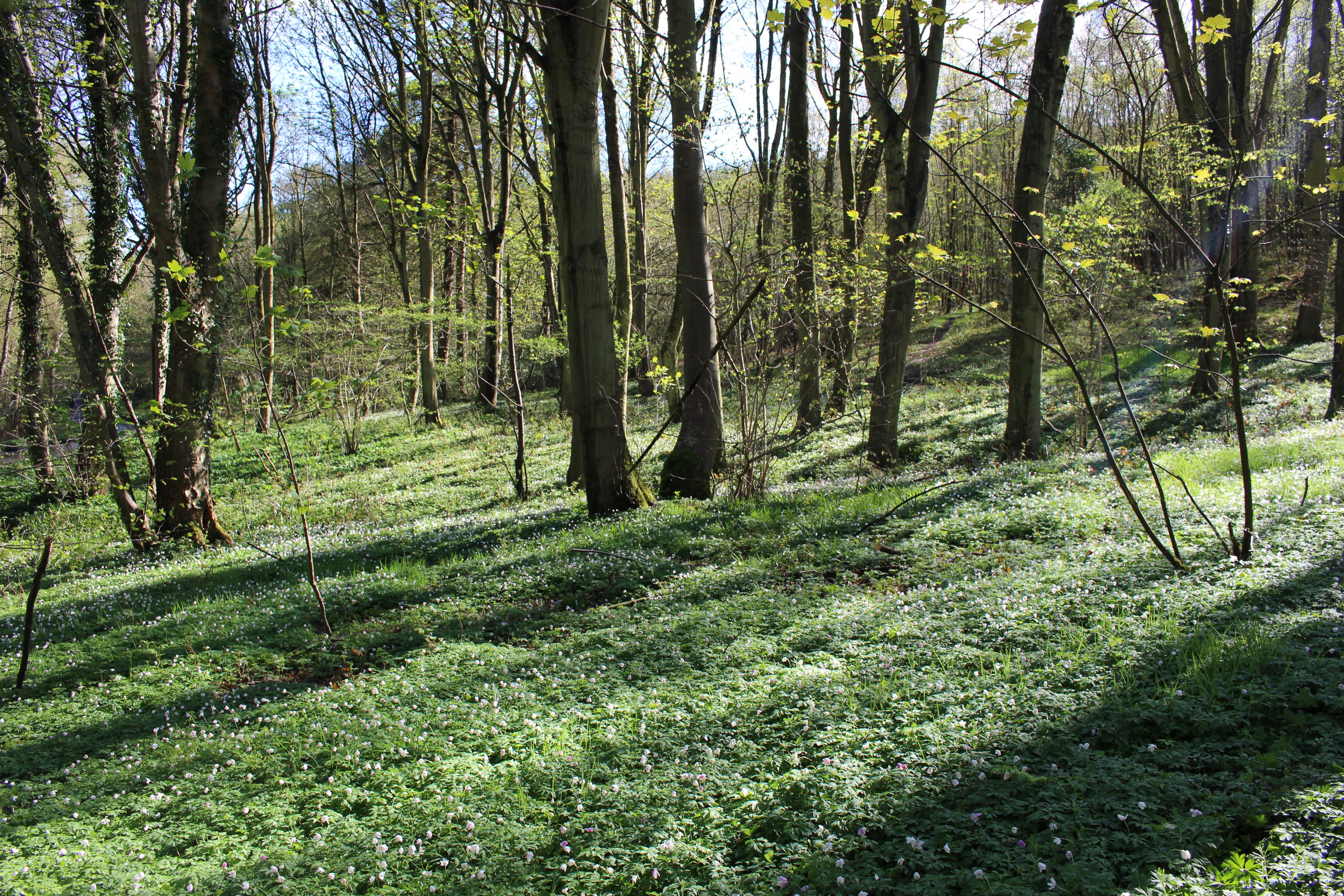 A carpet of wood anemones, photo taken by Mark Vesey

The Spring which is bursting out all around is a balm for me in these troubled times. As is reaching out and making contact. So in this post, I am attempting to combine the two. I am inviting you, dear reader, to join with me in a collaborative poem in praise of Spring.

If you wish to take part, here’s what you do:

I will then craft this into a collaborative poem which I will post on this blog in the weeks to come.

I hope you will find this takes you to a more pleasurable place. Be kind to yourself, be patient with yourself, enjoy! 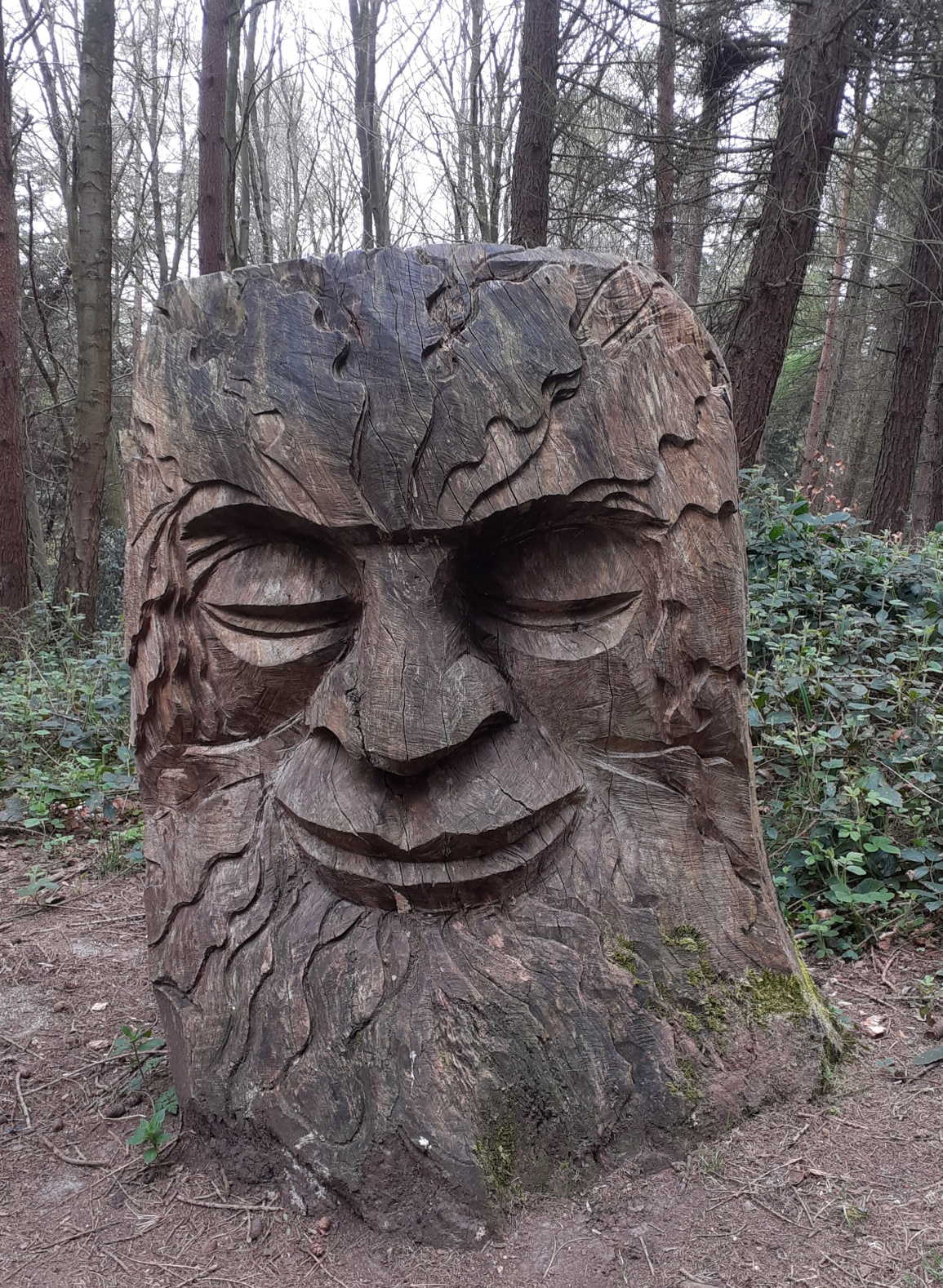