I was lucky enough to come across one of Prea’s poems in Mslexia (For women who write, Mslexia is a national magazine of women’s writing.) and was even happier when she agreed to appear on my blog. Below is her poem, followed by her thoughts on the writing of it. A short biog and links come at the end of the post.

How Taljinder Met Tarlochan
She pierced her ears at 11, punctured her nose
at 13 and was ready to be married by 15.
She had the colouring of light cha, a northerner
living in the city of five rivers and she would
breathe in its life; the musical sultry nights,
powdered peacock holis, the cracked mud villages,
the first monsoon of the season: the outpour
of warm rain on her arms, her face, seeping
into her clothes. The dry heat would burn through
the night and into the next day, where she would lie
in the blades of grass, until the world fell away.

And then she flew the sky, leaving the clouds,
the fields, the mud and the rain. Landing
in manicured pastures, she would discover
a new tongue, faces met by arrangement, a new
house, double glazed windows, instant mashed
potato, brown bread, fish and chips, her bridal self
and Tarlochan: whose mother and siblings
would teach Taljinder that for a few decades
her body was a planting pot for purple, yellow
and green flowers to bloom under her skin.

She would understand from Tarlochan that sex
is not love, sex is for babies, all four who would teach
them the boundaries of respect and that the borderless
state of love between them both is at first friendship,
hardened by the lightning bolt of disappointment
that would strike when their children defied
religion and tradition. And yet, their strength
would be found in the soft sigh of knowing that
the ones who they gave the future to had found
a loop hole: left open, a freshly painted door
through which they too, could one day, walk through.

Reflections on writing the poem by Prea G Kaur 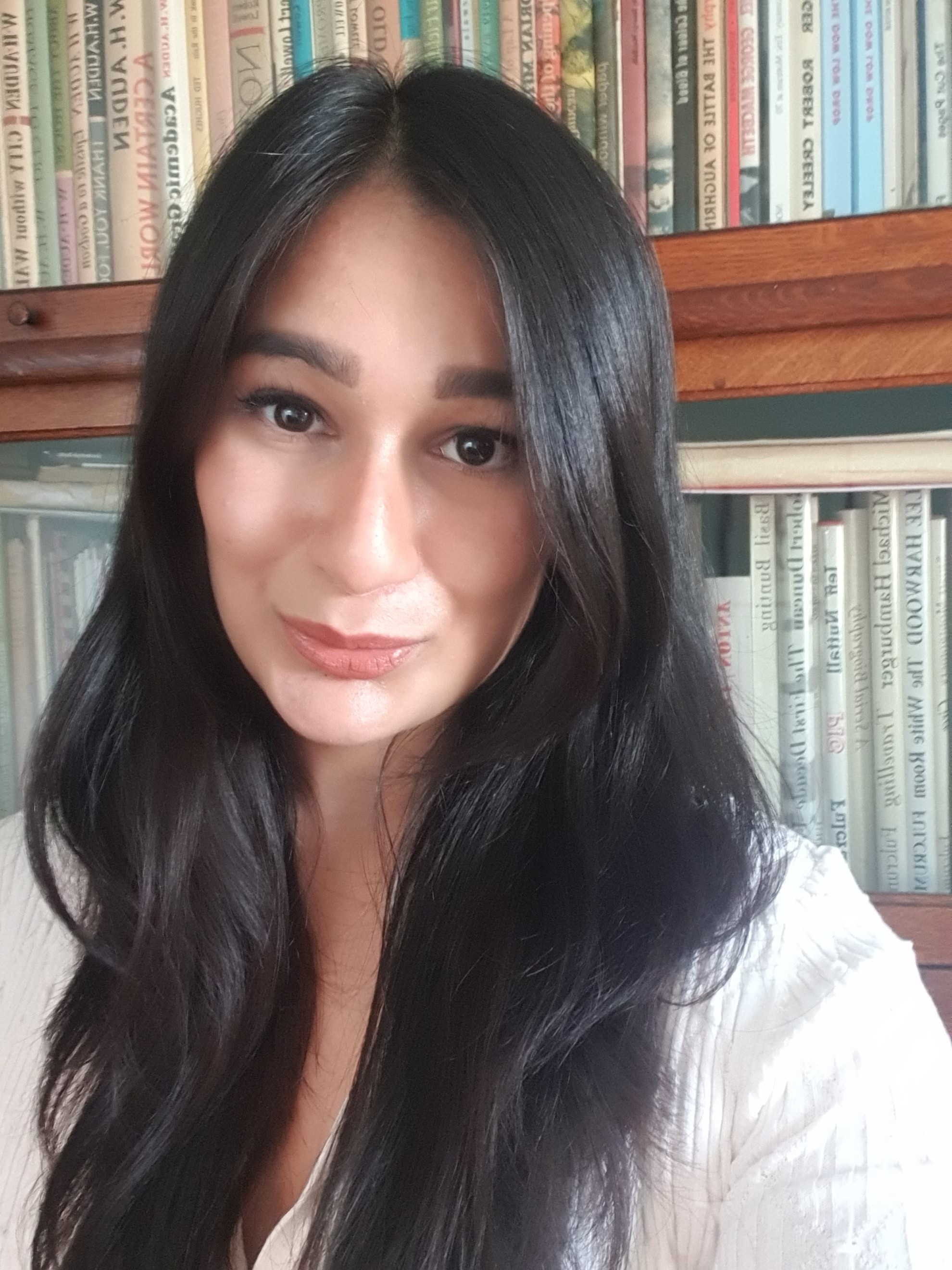 My writing explores generational trauma, it seeks to examine how my family’s traumas and the way they dealt with them can be passed on to their children, including myself. My parents are British Indians and landed in England in the 1980’s and fell straight into a society that was mostly hostile to migrants, and to an extent, it still is. How Taljinder Met Tarlochan is quite an intriguing poem, not only for readers but also for myself. I first wrote it in my third year as an undergraduate and back then it was a very different poem. The beginning was strong, but the ending was flat and so before I submitted it to Mslexia it underwent quite a rigorous editing. In fact, not only did the title and structure change but so did most of the poem. This change comes from growth, your views and opinions are always evolving, so I think it is always worthwhile revisiting a poem. When Debbie Taylor, the editor of Mslexia, informed me I was to be published, she also sent me a new version of my poem which Karen McCarthy Woolf had rearranged, and as a result it read much better. I agreed to the change in structure and so it was published in three more compact stanzas rather than the original longer ones I had submitted.

On a leave of absence, technically I am not supposed to write or work academically but I find this impossible, if not very damaging to not do. For me poetry is therapeutic, it allows me to express pain in a way in which it can be dealt with. So not only am I still writing, but I was also recently brought on as a voluntary poetry editor at a new online start up magazine founded by Isla Telford called Hencroft Hub. With Isla, I run online workshops where we breakdown the work of already published writers, so that participants can see where narratives work and where they don’t. I often find that the stories and poems which don’t quite work, are where the writer is too scared to express themselves and so hides behind language. I was once this writer and sometimes I still am, but I have learned that I can bypass hiding behind language if I pull on the heart of the poem: the thread of raw emotion. Emotion which lives in memory, people, places, and events and which should be weaved throughout the poem or story. This is how I build a poem and then I edit, edit, and edit, until I am happy with it. The job of poetry, and I suppose all writing, is to make comprehendible something that an individual may not understand. Narrative must arrest, interest, and overwhelm the reader’s attention. I try to connect to my readers through emotion, so that they can empathise or sympathise with my work, which as a result can lead to a stronger connection between characters and readers. Everyone has had different upbringings and experiences, but we can understand each other through the way in which we feel and empathise—this, I believe as humans, is our first and last connection to each other.

The poem follows my mothers’ journey from India to England, there isn’t one emotion here, there are sets which include love and pain. When I say sets of emotions, I mean to say that love is a feeling made up of emotions such as happiness, fear and surprise; which goes hand in hand with pain, made up of sadness, anger and disgust. And so, love and pain become a symptom of each other, and I think this is the base of my poem. It follows my mother’s life from beginning to its present; the unknowingness of leaving an environment where she is comfortable in India, to flying to England to get married. I hoped to convey the fear of leaving a place she knew and entering one she didn’t. Where after a while, British culture such as “fish and chips” and “double-glazed windows” are a part of her life, which are contrasted by the mud villages she once knew.

Arranged marriages are common in the Indian culture and this was very much the case with my mother. She left India to get married to my father who was already in England. Here, I wanted to portray a different sort of love. A love that is born through a lack of free will, chance and friendship rather than passion at first sight. A love that weathers hardship and mutual pain but also a love that is forced to follow the tradition of the Indian culture; one where the female must have children, be the angel in the house as well as work to earn a wage. The poem ends with the hope that the next generation will do better, that they will not have to conform to tradition or religion; that they and the generation before can live in the freedom that is allowed through choice. In many ways this poem skims the surface of the collection I am working on, there are so many stories and avenues in here that I am yet to explore and perhaps that is why I don’t love this poem, because I do not yet see it as complete—as a writer this is always the case, for the end is always unwritten.

Prea G Kaur, brief biography
I am undertaking my PhD at Keele University but I am currently on a leave of absence; I think I can speak for most when I say it’s been a hard year. Among the death, despair, and endless stream of devastation in this pandemic, poetry has allowed me to keep seeking the joy in living. Faced with the possibility of non-existence, like many others, the pandemic made me realise that I was far from being content. I was despondent doing an English PhD up to the point that it made me very ill. Struggling with depression, an eating disorder and the pressure of a PhD that no longer reflected what I needed to tell the world, was just not how I wanted to live my life. So, I decided to take a leap of unknowingness and get some of my poetry published. I entered the Mslexia 2020 poetry competition with three poems. The one which I thought was my weakest, How Taljinger Met Tarlochan, was chosen by the judge, Karen McCarthy Woolf to be published and was awarded the unpublished poet prize.

During my undergraduate and Masters I took a few modules in creative writing. I was and still am a good writer, and I enjoy it with a wicked passion. But I chose to ignore my strength as a writer because still as it stands, creative writing is frowned upon by some academics and students. Yet I find this quite perplexing because most academics would not exist without creatives. The world needs more writers who choose to feel and reflect our humanity. I can’t quite explain what poetry means to me; it’s in my blood, every atom of my being, it’s akin to oxygen and I can’t see myself living without reading or writing it. Being published gave me the recognition I needed to believe in my voice and my writing. I am no longer doing an English PhD. Keele and the arts and humanities research council have allowed me to change the output of my project to creative writing; where I’m still exploring mental illness and trauma as I had originally planned, but it’s now more personal and, of course, poetic.