I have previously blogged on ‘voice’, so some of this may be a repeat for some of my readers. However, I am adding to my previous thoughts.

I think there are two aspects to voice for a writer. Firstly there is the writer’s voice. This might include (among other aspects) choices as to plot or point of view or language, structural quirks, an outlook on the world and/or future. In some ways this is like the voice of an actor. There are different types of actors. I watch a film with Michael Cain in and I know I am watching Michael Cain. On the other hand, one year I saw three films starring Daniel Day-Lewis and it could have been a completely different actor in each, so effectively did he morph into the characters. I think writers are the same. For me, Colm Tóibín is more of a Michael Cain, while Louise Doughty is more of a Daniel Day-Lewis.

Then, if a writer is creating fiction, there are the voices of the characters. Here I do believe a writer should strive for diversity, which must mean going beyond their own experiences.

One of the narrative characters in my Scarborough Mysteries novels is Theo Akande – young, black, gay, male. What is a fifty-five year old white woman doing writing in a young, black, gay, male voice? There has been some suggestion that this disjunction is one reason why it has not been picked up by literary agents. Perhaps it smacks of appropriation or colonisation. There is a good point here, there are not enough young, black, gay voices out there and publishers should be focusing on promoting them rather than a voice created by me. I do get that. And sometimes I do feel nervous that I’m not getting Theo ‘right’ in some way.

I was cheered slightly by an interview with Bonnie Greer which I heard on the excellent podcast: https://www.thelastbohemians.co.uk/. Greer said we are, after all, from the same species. She also said don’t be an artist if you want to be safe.

Theo evolved over several novels (unpublished & published). Initially he was the ‘sane’ counterweight to Hannah’s descent into depression. He has faced prejudiced and bullying and has many reasons to feel aggrieved, but he maintains his more balanced view of the world because of the ‘secure base’ (à la Bowlby) of his upbringing. I believe Theo is more unlike me because of this than because of his other attributes. I have a very bleak view on life. I also wanted him to be different from the many ‘cops with hang-ups’ which are out there in contemporary fiction, while also having his vulnerabilities. He is more a Peter Wimsey (DL Sayers) than a Rebus (Ian Rankin). 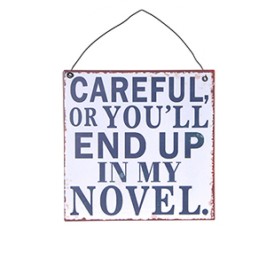 Whether readers will be content with my depiction of Theo is up to them. However, as writers, it is worth considering how we come to characters who are very different from ourselves. I have several suggestions. Firstly, writers need big ears for listening. We also need curiosity. When we meet someone, we need to be asking questions and listening to the answers. The ‘overheard’ is also a great source. Secondly, we research through reading, TV, radio, internet, social media, interviewing… Thirdly, I come back to what Greer said about us all being the same species. At a very basic level, we all have the same impulses to want to be loved and respected and have a sense of purpose. How we might try and gain love, respect and a sense of purpose will vary, more, I believe, by nurture than by nature, though genes must play its part. I only have to look at me and my siblings to understand that. Fourthly, characters develop if we writers allow them to. Planning is often useful, but not if it gets in the way of characters bouncing off each other and off what is happening to them. As with real life, characters behave differently, and are changed, because of what is going on around them.

Finally, as a writer, it is important to believe that all human behaviour is possible. For me, I want all my characters’ behaviours/feelings to stretch back to those fundamental needs of love, respect and sense of purpose. I suspect I would not be able to do great violence to another person, I am far too squeamish and fearful. But I wanted to write from the point of view of someone who could and created Max in my short story Adrift (still available on Amazon somewhere). I feel I managed to capture a mindset which could allow extreme violence and rationalise it. That’s not saying I believe what Max did was right, only that he thought it was right.

What is your experience of creating character and voice? Have you deliberately set out to write a character very different from you?