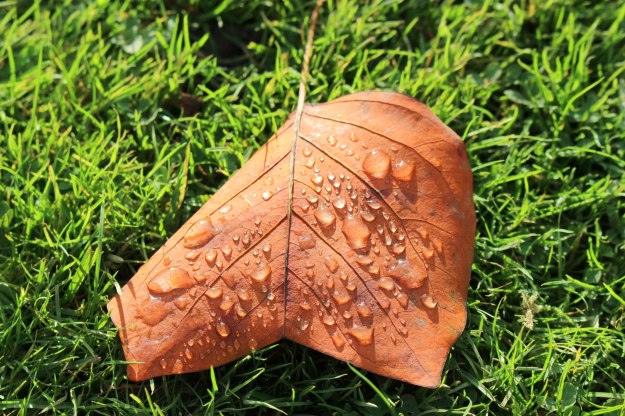 Autumn has well and truly landed in my part of the country, with cold winds and rain. The Rowan is turning a beautiful ruby colour. The sea is roaring as it pounds in on a high tide smelling of ice. The sanderlings have returned, running in and out of the waves as if they are playing a game of tag.

I enjoy the change in seasons. After a summer mostly recovering from a major operation, I am feeling my energy and creative spirit returning. This morning I spent re-working one of my short stories and, for now, I am pleased with the results. I have decided to represent parts of it as if they were exhibits in a museum (thank you to Susannah Walker’s The Life of Stuff for the idea):

The first of the exhumations and re-burials. I thought I could hardly bear it, but I must for Stephen’s sake. He torments himself so. Should he have buried the unidentified four to a grave, only to have to bring them up again when one is claimed by a relative? I can merely say, it was the only course to take, we did not have the strength to do it any other way. I hope His God is telling him the same when he prays. Stephen holds his belief in His God like a cherished glass globe. Mine has become like a wrung out dishcloth to me. Yet, I will stay by Stephen’s side, even as the words of the Bible, His Words, taste like ash gone cold in the hearth.

When I look beyond my patch, I find it harder to be so sanguine. The UK political situation, the environmental crisis, the endless wars, so many of examples of crass, ignorant or cruel actions one human on another. The seasons change, it seems we humans are incapable of it. It all leaves me feeling stunned and helpless.

Recently I went to the Sainsbury Centre for Visual Art near Norwich, a wonderful place to lose oneself in. Currently they have an exhibition about Doris Lessing. I have to admit, Lessing is one of those writers I have held in esteem without really knowing why and who I have not read enough of. The exhibition took me through her life: her political activism; the development of her writing; her personal relationships. She had donated all her papers to the University of East Anglia, even so I felt a little uncomfortable reading some of her love letters. Had she really wanted that?

Lessing never stopped working or supporting the causes she believed in. She had a vibrancy which shone into old age. I was inspired by a part of her acceptance speech when she was given the Nobel Prize for Literature in 2007 at the age of 88 and six years before her death:

The storyteller is deep inside every one of us … Let us suppose our world is ravaged by war, by the horrors that we all of us easily imagine. Let us suppose floods wash through our cities, the seas rise…. It is our stories that will recreate us, when we are torn, hurt, even destroyed. It is the storyteller, the dream-maker, the myth-maker, that is our phoenix, that represents us at our best, and at our most creative.

As a writer, I have never believed my work is all about publication (and a good thing too, given my record!) My work has, first and foremost been about saving me, about my own healing. But I hope maybe in that process I may offer some healing, some hand held out, to others. And yes, perhaps even, a modicum of healing to a wounded world.

2 thoughts on “The Changing Seasons”