I got the idea for this post from one of the books I read this year, Samantha Ellis How to be a Heroine. Or what I’ve learned from reading too much. She goes back through the books she read throughout her life, I’m merely proposing to explore the books I read in 2017, and only some of them.

I want to concentrate on the books I feel the most positive about. Last year I read fifty-four books (full list below). Two I didn’t finish. Some were indie published, some traditionally published. What I have discovered is that there is good, bad and mediocre published by both camps. What do I mean by bad writing? (1) Use of cliché. There’s lots of them out there, sometimes they are difficult to avoid, but as with (2), careful copyediting can weed them out. (2) Lazy use of vocabulary. As writers we all have words or phrases we over-use. And sometimes a word suddenly begins to appear suddenly in every sentence suddenly. By being aware of this, we can work on it when we edit. But having a good copy editor also helps a lot. (3) Plots which don’t add up. Readers are required to suspend their belief to a certain extent in order to enjoy fiction, after-all they are being asked to enter a 3-D world created by flat symbols on a page. However, I don’t want my belief to have to take a vacation. (4) One dimensional characters. Give me complex and tortured any day. (5) I know this is controversial, but over-use of direct speech doesn’t work for me. Good use of reported speech can lift a piece and be used to change pace.

I write crime so a read a lot of crime. I think it is important for a writer to read what they are writing. One thing I really appreciate in novels, including crime ones, is a good use of landscape: rich descriptions and metaphorical layers. Dobyns drew on the landscape to good effect. Two things I do not like in crime novels are when perpetrators confess what they’ve done for no reason. Nor do I want it to be the ‘crazy one what dunnit’. However, (spoiler alert) Dobyns managed to have a seriously unhinged perpetrator who I could believe in. As did Kate Ellis in High Mortality of Doves, though having a similar resolution in Plague Maiden took the shine off. In spite not strictly being a crime novel, Sheers had an excellent twist – where two characters knew something about the other stopping them from telling the truth – for a mystery narrative. In November, I went to Hull Noir, the crime festival which was part of the City of Culture programme. I had a great day and saw some very interesting panels, Rachel Rhys was on one of 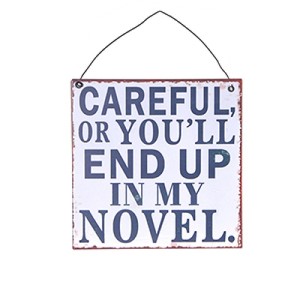 these and I am very glad I shelled out for her Dangerous Crossings.

I picked up Barbara Kingsolver’s The Lacuna in a second hand bookshop. I’ve enjoyed Kingsolver since I read Pigs in Heaven and Bean Trees in the 1990s. The Lacuna was a satisfyingly wide sweeping story with true life characters and events mixed in with the made-up. Re-discovering Helen Dunmore was also a real pleasure, though A Spell of Winter was a truly twisted tale. Liane Moriarty Truly, Madly, Guilty was a surprise finding, kept me guessing with entertaining and rounded characters.

I like to be taken to other worlds in my reading, so thank you to Tan Twan Eng The Gift of Rain and Abir Mukherjee A Rising Man. One of my characters in my crime novels has Nigerian heritage and in 2016 I read Nigeria by Richard Bourne. This year I turned to fiction: Sefi Atta A Bit of Difference and Abubakar Adam Ibrahim Season of Crimson Blossoms (thanks to Anne Goodwin for alerting me to them: http://annegoodwin.weebly.com/). I was particularly taken by Crimson Blossoms, set in the Islamic region of Nigeria, the main character is a widow who starts an affair with a younger man, a leader of a gang of street criminals. The woman, Hajiya, is not desperately likeable and something of a hypocrite when it comes down to it, but boy did she come off the page and feel like a real person.

Of the fiction I’ve not already spoken about, the following should have an honourable mention for keeping me hooked with interesting characters and plot lines: Messud; Billingham; Doughty.

I am very fond of a bit of creative non-fiction & biography. Hence Samantha Ellis, Stempel, Downing, Kelly, Solnit, Kassabova and Whitaker are on the list and were captivating in their own way. But it was Horatio Clare Down to the Sea in Ships which gripped me. Clare spent time as a writer in residence on container ships and his book charts the madness of capitalism which sees cargo loads of useless items going across oceans. Plus he explores the desperate inequalities between the officers and the crew on the ships, the former being mainly European, the latter from Asian countries. I didn’t immediately take to Helen Macdonald H is for Hawk, however, I was struck by her honesty, particularly in her phrase: ‘The narcissism of the bereaved is great.’

Tara Bergin’s The Tragic Death of Eleanor Marx was the only poetry collection I read this year. On the other hand, I heard more at a regular local Open Mic and poetry salon and I had a feast of verse at the Bridlington Poetry Festival. I am beginning to wonder whether I prefer to listen to poetry than to read it, or I’d prefer to do both at the same time.

What were your favourite books in 2017? What would you say are the features of bad or good writing?

March
Claire Messud The Last Life
Daphne Glazer By the Tide of the Humber
Margaret Drabble The Pure Gold Baby
Samantha Ellis How to be a Heroine. Or what I’ve learned from reading too much
Arnaldur Indridason Outrage
Abir Mukherjee A Rising Man
Orhan Pamuk Snow (unfinished)

September
Sarah Waters The Little Stranger
Kate Ellis The Plague Maiden
Horatio Clare Down to the Sea in Ships
Leila Aboulela The Kindness of Enemies
Rebecca Solnit Wanderlust. A history of walking

October
Samantha Ellis Take Courage. Anne Bronte and the Art of Life
Tara Bergin The Tragic Death of Eleanor Marx
Sophie Hannah Did You See Melody? And A Game for All the Family
Tan Twan Eng The Gift of Rain
Liane Moriarty Truly, Madly, Guilty

5 thoughts on “My Year in Books”