I’ve decided to launch a new series on my blog about reading and writing poetry. Each post will

feature a poem – mine or maybe (if I can persuade them to) another poet’s – followed by a brief explanation of how it came to be written. I believe strongly that to be any kind of writer you have to read what has been written by others. This is no less true for poetry. It surprises me when I come across people who say they write poetry and then take no interest in what else is out there. As well as the pure enjoyment of revelling in the words, rhythm and music of the poems, there is so much to gain and learn in the reading.

This will, no doubt, be an occasional series, but I hope you enjoy it nevertheless. Feel free to comment.

Season of mellow mists and after damp,
joint between fecundity and decay,
you’re the rusted hinge, the balanced moment
before summer green becomes winter grey.
Your turned leaves are brazen in their dying,
firelit, their brassy tones trumpet their end,
they only fall to nest the ripening
kernels, torn from their cradles by the wind.
Your clods of decomposing foliage
remind us of our oozing hours,
your fruitfulness recalls our barren endeavours
to do, to strive — vanquish the final toll.
So then, only let your splendour fill us —
allow it to give us pause. Let us be still.

This is a Shakespearean sonnet. It has fourteen lines. It basically has a iambic pentameter rhythm (de-dum, de-dum, five times in a line). It rhymes a/c-b/d, until the last two lines which rhyme. There is what is called a volta around the ninth line, where there is a slight movement of focus. A volta can be dramatic or subtle, here it is like the slow falling of a leaf.

When I came to do my MA at Sussex University, I hadn’t read or written poetry since leaving school some twenty-five years previously. At school I had loved our study of TS Elliot, but I had always felt I didn’t know enough (which I now think was probably, at least partly, Elliot’s intention). So I had mixed feelings about engaging with poetry again. However, I found myself diving in and becoming immersed in it. This also coincided with a period when I was struggling a lot with the depression I live with, and I do think the brevity, pithiness and emotional potency of poetry probably struck a resonant chord within me.

And yet, and yet, though I read a lot and wrote tons, I frequently felt I was running to catch up with people who had studied poetry all their lives. Plus ‘form’ scared me, I couldn’t understand the rules about meter and rhyme, and none of what I wanted to say seemed to fit within what I saw as constrictions. Then I came across two books. 52 Ways of Looking at a Poem by Ruth Padel and Some Things Matter (a book of sonnets) by James Nash. These two books opened up form for me and I was lucky enough to go to a workshop on sonnet writing led by James at the Bridlington Poetry Festival. I came to realise what form has to offer. It can be a frame which captures unruly and difficult emotions. It can create and emphasise a musicality which could be engaging or dissonant depending on the desired effect. It can create contrast between the strictures of the form and what feels unsayable. 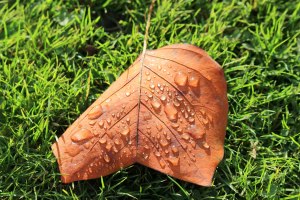 Aspects of Autumn came after James’s workshop. It, of course, draws heavily on the John Keats poem. I love the colours of Autumn and walk as part of my creative practice. I recall walking round looking at the trees and the Keats lines rattling about in my head. Perhaps someone had said them on the radio that morning, maybe they were half-remembered from school. So these lines were my starting point. And the first part of the poem came quite easily, just from my observations of the season. Then I hit the volta and the question of what I was really trying to say in the poem. It took me ages (and many discussions with a poet friend of mine) to find out what the ‘kernel’ of the sonnet was; turning it from what could be thought of as a nice bit of description into something with another – hopefully more philosophical – layer.