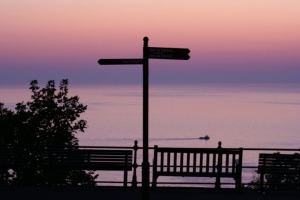 I have prefaced much of the previous posts with ‘I believe’. This belief comes from my own experience, from working with others through writing, and from reading and studying what others say about writing.

Nicholas Mazza claims a long history for words being seen as healing in the form of prayers, spells, charms. (Poetry Therapy. Theory & Practice. 2003, Routledge, New York & London.) It was James W Pennebaker, Professor and Chair, Department of Psychology, The University of Texas, who first put the idea that writing might be good for wellbeing to the test. To summarise, he devised an experiment where, over consecutive days, he asked one group of people to write about something emotionally significant, while the other wrote about something mundane. He found the improvement of the wellbeing of those in the first group was experimentally significant, whereas this was not true for the second group. (Further reading at the end of this post.)

Pennebaker called this expressive writing and he gave no guidelines on how people should do it, only that it should be about something which has emotional consequence to them. On analysing the writing which appeared to improve wellbeing, he found three things in common: (1) a feeling was named and expressed; (2) the writer moved from using ‘I’ to using you or she or he or they. In other words they began to gain differing perspectives through their writing; (3) the writer began to structure a narrative, a coherent story.

Expressive writing leaves this to chance, however, creative writing encourages people to develop the tools which means this need not be a question of luck.

Creative writing for wellbeing is not as recognised as art therapy, drama therapy, music therapy and so on, however much of the theory is the same: self-expression leading to reflection, greater understanding, compassion and acceptance. As with all art therapies, working within a group can be useful as the self-expression is witnessed and acknowledged, aiding the sense of being understood and accepted/acceptable.

I would say, however, there are a couple of things which put writing apart from the other art therapies. Firstly, it is a private activity. Even in a group, we can choose when and if to share. Until that moment, whatever is being expressed is between the writer and the page. Secondly, writing is a relatively everyday activity. It is not easy for everyone and many people do come to writing for wellbeing with preconceived ideas (absorbed during school) about what writing should be which can get in the way. On the other hand, for many scribbling words on paper would be more comfortable and straightforward than, for instance, making some music.

In the end, it is for each of us to decide for ourselves what is right for our wellbeing. Creative writing might be a way towards self-expression and reflection which could be useful. It is for you to decide. And as this series of posts goes along, I hope all readers will see each as an invitation. You have a choice to take it up or not. The principals of invitation and choice are very important in this kind of work. As are the words: compassion, respect, kindness – to yourself and your writing. It is what it is, you don’t have to judge it.

I will repeat my health warning:
Don’t go off on your own. Make sure you have support, certainly of those close to you, but also think about seeking a professional therapist or writing therapist to accompany you. What comes out of the writing could be painful, it could be distressing, it could be disappointing, it could be revelatory, it could be full of anger and hate. It could be anything. It is unknown. We need back-up when facing the unknown.

Take some time to get to know the resources listed below and also connect with the national organisation for writing for wellbeing: https://lapidus.org.uk/. Perhaps there is a local group in your area. And the journey continues with the next post.

DeSalvo, L. (1999). Writing as a Way of Healing, How telling our stories transforms our lives. The Women’s Press.