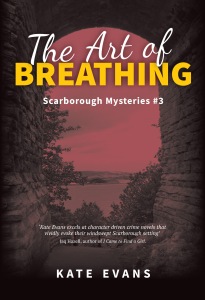 The dwindling pages in my diary tell me that 2016 is running to its close. It’s been the year when I published my third novel, The Art of Breathing, and had new covers designed for the other two, so that they look like a handsome three-some. As part of the launch/re-launch of the #Scarboroughmysteries:

To be honest, I am not entirely sure what my next writing project will be, my creative reservoir (as Alan Garner puts it) needs to be nourished and re-filled. I expect to write #scarboroughmysteries 4 at some point. But at this precise moment I am also exploring other possibilities, at least partly aided by doing the Curtis Brown on-line novel writing course with Lisa O’Donnell. 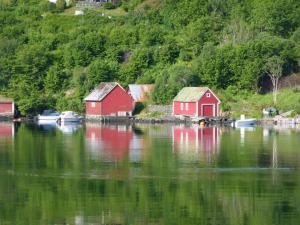 2016 wasn’t just about book publishing – though it feels like it! Hubbie & I had a lovely trip to Norway. Plus, along with a sterling group of volunteers, we did a beach-clean every evening of the summer hols. And I partook in the thriving cultural life of my little town – Coastival; Beach Hut productions; Hull 2 Scarborough Line; Open Mic; and the Mark Hearld exhibition at the Art Gallery, to mention a few.

Of course, I have not been unmoved by the many national/international events which have punctured the year. I have felt anger and deep sadness at the war in Syria and the other evidence of humanity’s potential for unfathomable inhumanity, including the EU’s disappointing response to the migrants attempting to escape persecution, violence and poverty. Then there was disbelief at ‘Brexit’ and Trump. The only way I get through is by concentrating on the random acts of kindness and the extreme bravery of those who do take a stand and make a difference.

I am taking a break now, but will be back blogging in January 2017. Wishing all my readers the very best for the solstice (winter or summer, depending on where you are) and the attendant festivities which you may choose to celebrate. Here’s to a creative and nourishing 2017 for all.

4 thoughts on “End of another year”