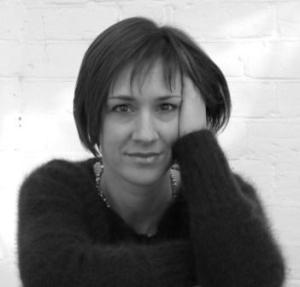 The main protagonist in Jane Davis’s latest release is Lucy Forrester, a political poet and activist. Anti-establishment all her life, she is horrified to find herself nominated for a New Year’s Honours. Her inclination is to turn it down. But what if it’s an opportunity…

Jane’s author biography says that her favourite description of fiction is ‘made-up truth’. In fact, she has admitted to me that she makes up very little. When she writes a character, she wants you to believe that they existed, and that means parachuting them in a particular landscape at a particular point in time, often with real-life characters. “If it doesn’t feel authentic, then I’ve failed.” Research, then, is the key. And while Jane’s fiction may not fall under strict definitions of historical fiction, she has made the recent past her speciality.

One of the key decisions she needed to make when writing about her poet-activist was the cause she would claim as her own. In fact, the answer became obvious. Born in the 1940s, Lucy Forrester’s only early memories were of war. Fear of the Nuclear Bomb was a hangover from childhood. Talk of a third world war – the war to end all wars – permeated her adolescence. Bring her governess Pamela into the equation, a young woman who was prepared to take a stand, and, of course, Lucy was interested. Watching footage of Rod Stewart taking part in the first of the CND rallies and marches from Trafalgar Square to Aldermaston brought it all together. She had no trouble imagining Lucy Forrester there, at the centre of it all.

“It is 1958,” Jane explains. “Six years after American scientists finished gathering data on radiation sickness at the Atomic Bomb Casualty Commission in Hiroshima. It is supposedly a time of peace, but thoughts have once again turned to war. Imagine being eighteen years old, shipped to Christmas Island on National Service. It is the furthest you have ever strayed from home. Your job? To stand on a white sandy beach and observe as scientists detonate nuclear bombs over the Central Pacific. No protective clothing is issued. At the signal, you must turn away and cover your eyes with your hands. When the flash goes off, you see your veins, your skin tissue, your bones, and through it all, diamond white, a second sun.

Around 22,000 servicemen performed similar roles. Some suffered radiation sickness immediately, and some died. For others, symptoms followed patterns seen in Hiroshima. They

lost their appetites and ran high fevers. Their hair fell out in clumps. Others still appeared to be well for decades before developing cancers and other rare diseases. It was only over time that dots were joined, convincing some veterans that their illnesses and disabilities were caused by nuclear radiation. Up until 1999, the veterans had repeatedly run into brick walls in the bid to have their claims recognised. Largely ignored, dwindling in numbers, the veterans referred to themselves as ‘ghosts’.

Then researcher Sue Rabbitt Roff of the University of Dundee tracked down 2,500 veterans and their families, finding unusually high rates of infertility and birth defects. This was the trigger. The columnist Richard Stott (1943 – 2007) of the Sunday Mirror launched his Justice for Nuke Vets campaign. I was 32 in 1999, not a distracted teenager. But if I saw the reports, I’m ashamed to admit I have no recollection of them. And I wasn’t the only one. Others with far more direct links to Christmas Island had also missed the reports. Of the relatively small group of beta readers I use for initial feedback on my early drafts, three confided that fathers or grandfathers had been on Christmas Island. None of the men liked to speak about the experience. It was over and done with. It seems unlikely, then, that they would have mentioned it to doctors. All died prematurely, all of cancer. Up until the time my beta readers had read my book, no one had made any connections. Now the explanation seemed obvious. In 2014, researching my novel, it became clear that the Atomic Veteran’s cause was one Lucy Forrester would have thrown herself behind.

The Ministry of Defence continued to insist on more proof. It wasn’t until 2007 that two scientific studies demonstrated clear links. What’s more, they also estimated that genetic birth defects would last for 20 generations – in other words, 500 years.

The remaining 700 New Zealand and UK veterans launched a class action against the British government claiming damages of NZ $36 million. But the MoD countered with a statute of limitations defence. It had happened 50 years ago. Following a parliamentary inquiry in early 2008, the government agreed to fund new studies into veterans’ health, and to pay interim compensation of £4,000 each.

By the time I completed my research, £25million (£5million a year over five years) had been set aside for an Aged Veterans’ Fund. But this wasn’t just for the Atomic Veterans. There are approximately two million qualifying veterans. In addition to applications from individuals, the British Nuclear Veterans’ Association (BNTVA), the premier charity representing those who have worked alongside radioactive material for the benefit of the nation, can apply for funding for projects such as respite care or counselling. Whilst such services may benefit the families of the Atomic Veterans, once the remaining veterans die, funding will cease. Without an admission of negligence from the MoD, there will be no help for the next 20 generations.

Many Atomic Veterans are proud to have served their country. However, given that the risks of exposure to radiation were either known or reasonably foreseeable, they had every right to expect to be taken care of if things went wrong. They couldn’t have imagined that the British government would introduce a higher burden of proof than other governments, so that their American counterparts received compensation while they were denied. It shouldn’t be left to the Prime Minister of Fiji to step in and award each surviving veteran three thousand pounds, saying, ‘Fiji is not prepared to wait for Britain to do the right thing.’ With Trident back in the headlines, I hope this issue will surface once more.”

You can find out more about the Atomic Veterans or make a donation here.

Jane Davis s the author of seven novels. Her debut, Half-truths and White Lies, won the Daily Mail First Novel Award, and The Bookseller featured her in their ‘One to Watch’ section. Six further novels have earned her a loyal fan base and wide-spread praise. Her 2016 novel, An Unknown Woman, won Writing Magazine’s Self-Published Book of the Year Award. Compulsion Reads describe her as ‘a phenomenal writer whose ability to create well-rounded characters that are easy to relate to feels effortless.’ Her favourite description of fiction is ‘made-up truth’. 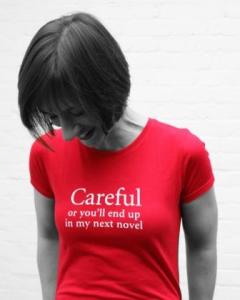 When Jane is not writing, you may spot her disappearing up the side of a mountain with a camera in hand.

You can also find Jane Davis on Facebook, on Twitter, on Google Plus, on Pinterest, and on Goodreads, as well as on her Amazon author page.

Anyone who signs up to Jane’s newsletter receives a free copy of her novel, I Stopped Time. Jane promises not to bombard subscribers with junk. She only issues a newsletter when she has something genuinely newsworthy to report.

My Counterfeit Self was published October 1, 2016, and available in paperback and eBook formats.